The best beaches, marinas and coastal towns in Wales

The exploits of British Armed forces veterans from Wales during National Service 60 years ago are front and centre of an innovative new heritage project.

Elwyn Davies, 83, from Hollywell (originally from Conwy), who served in Egypt and was stationed at Caterham in Surrey, is one of 18 former servicemen included in a National Lottery-funded project called National Service Remembered.

It’ s 60 years since National Service ended in the UK and the campaign, run by the not-for-profit organisation Same but Different, captures an important period of the country’s cultural history through the eyes of the men who served.

Ceridwen Hughes, photographer and founder of Mold based Same but Different, has combined striking portraits, video interviews and written narratives to bring alive conscripts’ experiences in one powerful exhibition.

Elwyn helped guard equipment that had been sold off by the British Army at the end of the Suez Crisis and believes the project, powered by the National Lottery Heritage Fund, provides a priceless insight into a unique period of Britain’s past.

Elwyn, who was first conscripted in 1955, said: “I would think that unless our stories were documented, the whole experience of National Service would be lost for ever. It was, after all, something which affected thousands of young men at that time and was a big part of growing up. I was a boy from a typical Welsh nonconformist background and hadn’t seen very much, I suppose. I was a little bit worried about going but afterwards, of course, it did me the world of good.”

Ceridwen added: “To spend time with these men was a real joy, and we hope this exhibition will inspire children and adults to speak to this older generation about their experiences. We are really grateful to the players of the National Lottery who funded this project along with the Armed Forces Covenant Fund.”

High-profile stars were far from exempt from conducting National Service, with Brian Blessed, Michael Caine and Anthony Hopkins among some of the household names to serve.

And television veteran Johnny Ball, who served in the RAF during the 1950s, is supporting the Lottery-funded National Service Remembered campaign after describing his time serving as ‘the making of him’ at the end of last year.

National Lottery players raise £30 million every week for good causes and play a critical role in supporting people, projects and communities during these challenging times.

Fellow North Wales residents Eric Keen, Peter Hannen and John Hughes are also involved in the project, run by Same but Different, who use the arts for positive social change and to highlight inequalities and bring communities closer together.

John Cresswell, who lived in Mold and died aged 84 last year, is also one of the British Armed Forces veterans whose experiences are being captured by the campaign.

Elwyn grew up in Conwy before receiving his National Service call-up papers shortly after his 18th birthday. He set straight off to Egypt to undertake his gruelling battle training, served during the Suez Crisis before later retiring as a superintendent in North Wales Police.

Elwyn’s inspirational story is now being showcased with the help of the National Lottery Heritage Fund, which uses money raised by The National Lottery to inspire, lead and resource the UK’s heritage. The Fund creates positive and lasting change for people and communities and Elwyn hopes the next generation can learn from the lessons of yesteryear.

Elwyn, who is married to Margaret, 83, and has two children and four grandchildren, added: “I don’t think youngsters of today would put up with what we had to put up with. It’s doubtful I would think, but it was no question with us – you had to do it. It was National Service, it was compulsory and that was it. We were in a different position to what they are now.”

The exhibition will be touring the UK later in the year and is available to see online at www.national-service.co.uk 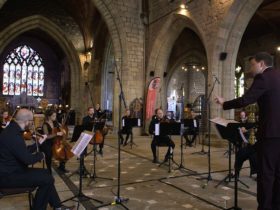 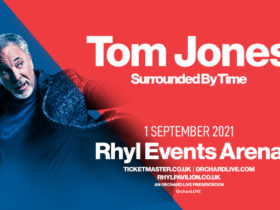