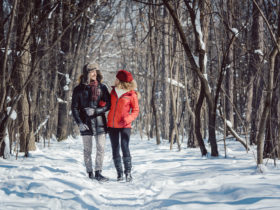 The Gower Dough Co., whose staff spent their summer months at Margam Country Park serving wood fired pizza to visitors, are delighted to announce a return to the park this October Half Term.

The pizza company will re-launch this autumn as ‘Gower Dough Presents’ to put on a series of Drive-in Cinema events at the East Lodge entrance to the park.

An exciting line up of films has been arranged from Wednesday 27th until Saturday 30th October all to be watched from the comfort of a car.

The line up includes cult classics like The Little Shop of Horrors (PG) and The Rocky Horror Picture Show (15) to spooky, Halloween themed movies such as The Addams Family (PG), Goosebumps (PG) and Beetlejuice (15). There’s also something for the little ones to enjoy with the popular Monsters Inc (U).

The final film screening will show the newly released comedy film by welsh director Kevin Allen, La Cha Cha (15). La Cha Cha is an outrageous comedy set on an idyllic holiday park on the Gower Peninsula. The film reunites the cast of Allen’s 1997 hit, Twin Town, and includes a host of Welsh talent such as Rhys Ifans and local legend Di Botcher as well as Game of Thrones star Alfie Allen.

The audio for the Drive-in Cinema will be provided via a wireless speaker. These will be handed to each car on arrival and cleaned between screenings.

Food and drinks will be available to order online on the day from The Gower Dough Co and Gower Hog Roast. Both will be delivering orders directly to cars.