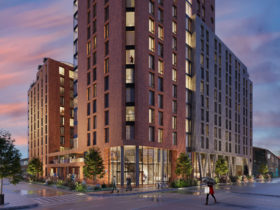 CHICAGO, the international multi-award-winning musical is back in Cardiff for one week only.

The highly popular American musical from the 1970s is currently on its tour of the UK and is first stopping off at Cardiff’s New Theatre before heading to Venue Cymru in North Wales, later in July.

We’re taken back a time when the stories of merry murderesses are a fascination of the people, innocence or guilt doesn’t matter as long as you’ve got a pretty face and a good story.

Although Chicago started off life as an on-stage musical, it has been made more famous by the 2002 film starring Wales’ very own Catherine Zeta-Jones. This is of course like reading a book before watching a film or vice versa. When a production has been on the big screen, the majority of people will have likely watched the film before seeing it live (or read the actual book). Some things will inevitably be different.

Luckily, in terms of murder, greed and raunchiness, it’s all still there… and it remains one of the sexiest musicals of all time.

Right from the off the fast paced songs get your feet tapping and singing along, from the opening number ‘All that Jazz’, the ‘Cell block Tango’ (though far less tango than expected) to the ‘Razzle Dazzle’ of the court room.

The costumes were a little underwhelming with them being all black especially with the glitz and glam of the film. However, it came together really well and nothing appeared out of place.

What was very surprising was the presence of the jazz orchestra taking up 80% of the stage rather than being in the orchestra pit. Each of the musicians becomes another character in the play, and often interact with the cast. It worked, but some extra props and the cast having more of a floor to work on would have set everything proportionately.

What little set there is made up for with the use of great lighting techniques, the Cell Block Tango scene using stripped lighting for the illusion of cell bars and certain colours being used for dramatic effect.

What is undoubtably is the level of talent on stage, Coronation Street’s Faye Brooke’s (Dancing On Ice, Grease, Legally Blonde) sweet but sexy rendition of Roxie Hart, and Djalenga Scott (Annie, Chicago, West Side Story)  the remaining half of her dynamic duo Velma Kelly.

Created by the musical theatre talents of John Kander, Fred Ebb and legendary choreographer Bob Fosse, CHICAGO’s sexy, sassy score with one show-stopping song after another includes Razzle Dazzle, Cell Block Tango, and All That Jazz.

It isn’t difficult to see why Chicago is internationally renowned with 6 Tony Awards, 2 Olivier Awards, a Grammy® and thousands of standing ovations – and they can add the New Theatre to the list to boot as well.

Chicago is currently showing at the New Theatre in Cardiff until Saturday, 25 June. To find out more and book tickets, click here. 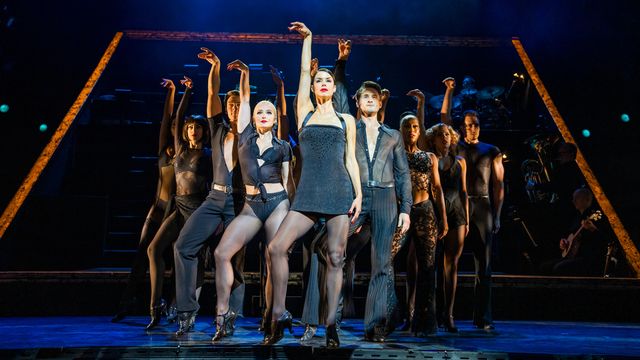