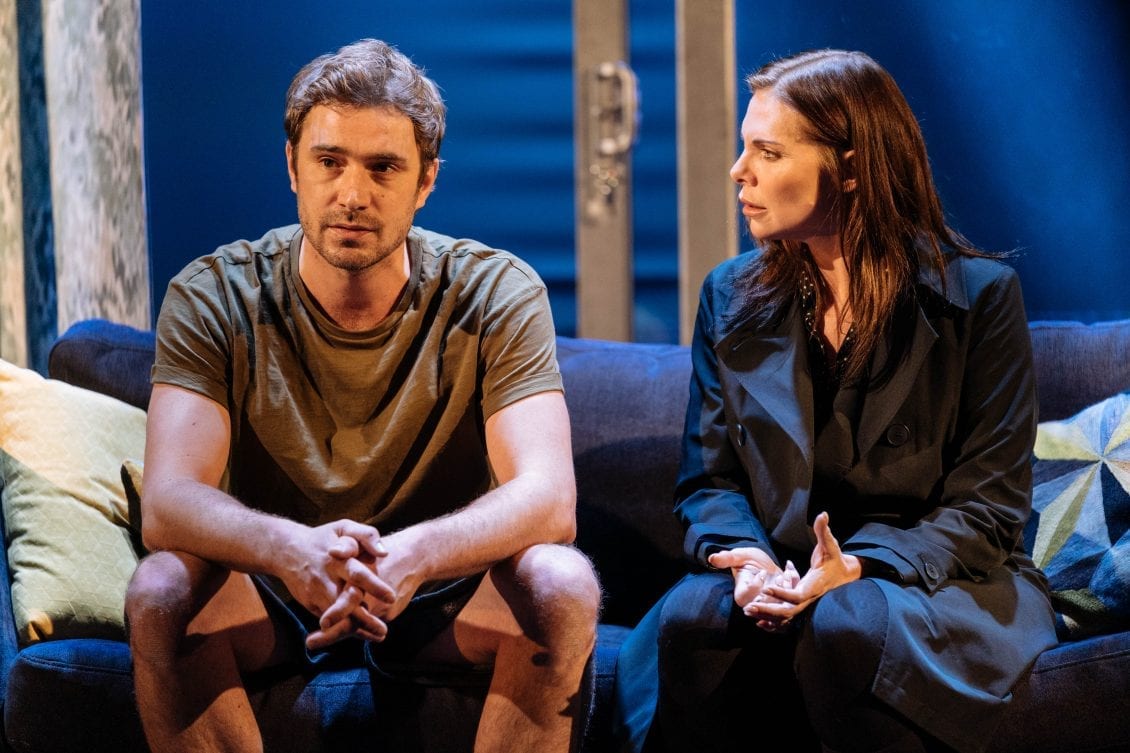 Review: The Girl On The Train – New Theatre, Cardiff

The most glamorous party in town has arrived at the New Theatre in Cardiff and you are all invited to attend.

Those familiar with the production’s name The Great Gatsby, probably know it from the 2013 film starring Leonardo DiCaprio and Tobey Maguire. However, the story of Nick Carraway looking to make it big in the city stretches much further back and is based on F. Scott Fitzgerald’s classic American novel.

Set in 1920s New York, Nick Carraway moves in next door to mysterious millionaire Jay Gatsby in West Egg, Long Island. Nick’s cousin, Daisy, lives across the bay in East Egg with her volatile husband Tom Buchanan. Daisy and Gatsby have a romantic history that Gatsby longs to return to, and Tom is having an affair with Myrtle, wife of garage owner George Wilson.

Known locally and further afield, Gatsby’s lavish parties are known for their glitz and glamour and play to the self-indulgent and pompous crowd that they allure. Indeed, they are a front for Meyer Wolfsheim to sell bootlegged booze during the prohibition era, but for Gatsby, there is only one draw, that’s Daisy.

You see, the mansion parties are all in the hope of Gatsby meeting Daisy again and rekindling their love. When they are reunited, a chain of events unfolds that leads to acts of jealousy, heartbreak, betrayal, and revenge, ultimately ending in tragedy.

Now those who remember the film, will remember the spectacular and often outrageous dance moves that one expects from a Gatsby party, and this is exactly what you can expect from The Great Gatsby at the New Theatre.

The Northern Ballet live up to the hype and really bring this story to life, and it’s their spectacular dance moves, which really sets this show apart from others. You will be pleased to know that the underlining story is not missed and is simply enhanced by the creative choreography of the performers. Although, you must remember that this is a ballet performance, so don’t expect much dialogue. Instead, it offers fans of the film and ballet, a unique performance of this 1920s classic.

What is a party without its music? The wonderful oeuvre that is Sir Richard Rodney Bennett CBE, does a truly excellent job of bringing an array of classical compositions with jazz elements to the stage. The orchestral pit has been extended in the New Theatre to allow for this remarkable group of talented musicians.

During the interval, you feel as if you are taking a breather from the dance floor as opposed to a toilet break at the theatre. Bring your dancing shoes and musical ear, and enjoy tip tapping away at the symphonies and performances of the ballet.

Although I’m sure it is equally fantastic in other venues, I take great delight in the fact that The Great Gatsby, ballet by David OBE has chosen to come to the 100-year-old New Theatre. Set roughly in the same period as the 1920s story, it feels right, and it is a pleasure to watch them in their temporary home whilst they’re in Cardiff.

The Great Gatsby is showing at the New Theatre Cardiff until Saturday, 11 June 2022. To find out more and to book tickets, click here.