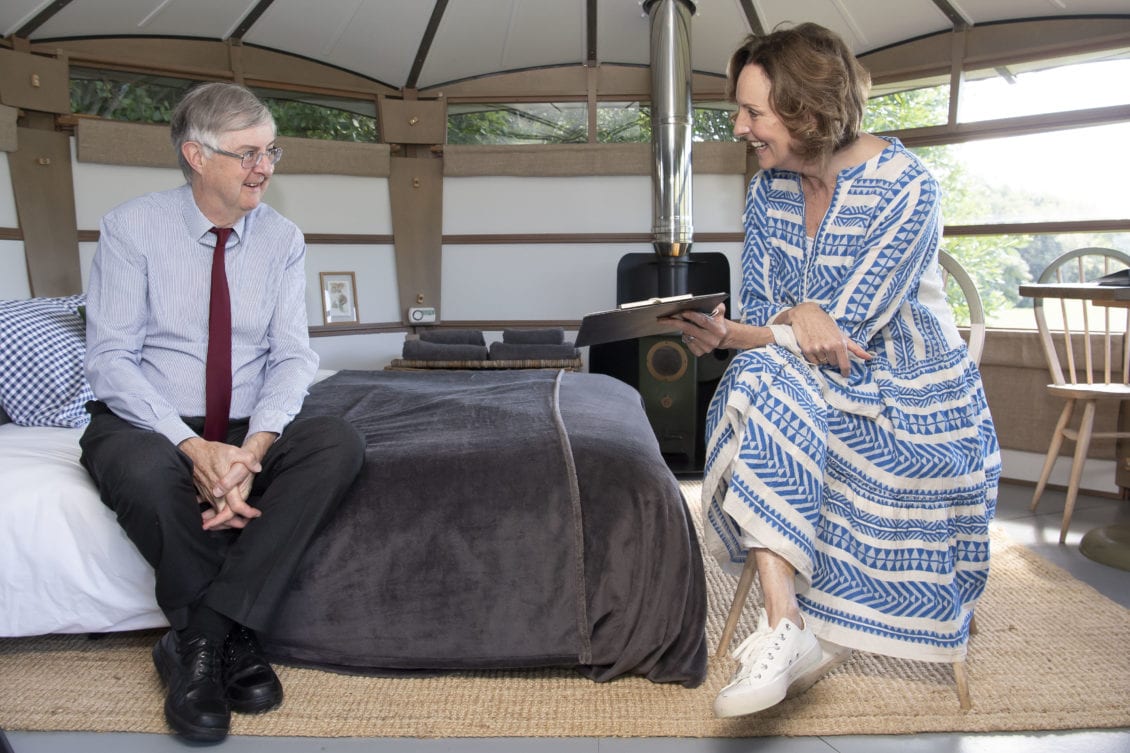 Today, Monday 2 July, S4C have announced that they’re going to stop using single-use plastics at their offices in Cardiff and Caernarfon.

To coincide with the announcement S4C will broadcast a week of programmes and online content to encourage a discussion about the recycling of plastic for the environment.

S4C’s Chief Executive Owen Evans said the announcement “shows that S4C takes our responsibility towards the wildlife at sea seriously.”

The week occurs the same time as Mari Huws, a young film maker from the Nantlle Valley, is on a 12-day cruise in the Arctic Ocean to investigate the true impact of plastic pollution in the area. While on the expedition, Mari will film a short film Arctig: Môr o Blastig (Arctic: A Sea of Plastic) for the S4C Hansh online content service that will be released in August.

On Wednesday, 4 July, Mari will also be taking part in a question and answer session live on board the ship, Blue Clipper, when she will be able to present the voyage’s findings to Assembly Members in Cardiff Bay.

Before embarking on her trip to the Arctic, Mari Huws said:

“I’m looking forward to seeing a part of the world that I never thought I’d see but I’m also worried about what we will discover. The ultimate goal is to get people to be more aware of the plastic they use and how easy it is to avoid plastic. But there are things politicians can do to prevent companies from over-using plastic as well.

“The situation is very serious. Approximately eight million pieces of plastic go into seas around the world every day and a recent study estimates that 90% of seabirds carry around 10% of their body weight in plastics. It’s only now that the true scale of the problem has become apparent and something needs to be done before it’s too late.”

On Sunday 8 July, the Bleddyn Môn a’r Ras Cefnfor Volvo (Bleddyn Môn and the Volvo Ocean Race) will follow an Anglesey sailor as he competes in the world’s largest sailing race, while giving due attention to all the plastic pollution he’s seen along the way. In addition, Ffermio on Monday 2 July will also discuss the plastic impact on the countryside and how Welsh farmers are trying to reduce their use of plastics. And the Heno and Prynhawn Da magazine programmes will include a series of items throughout the week with tips to help everyone recycle their plastic better.

“We’ve all seen the recent photographs showing the effect of single-use plastic on the environment and the sea in particular. We all must take proactive steps to reduce our use of plastic. So, from now on, S4C will not use plastic cups or styrofoam, knives and forks or food packages made from plastic. This is a small step, but it shows that S4C takes our responsibility towards wildlife at sea seriously.”