In pictures: Welsh Cobs return to the farmyard at Llanerchaeron

The RSPCA and the South Wales Fire and Rescue Service have teamed up to come to the aid of a sheep stuck on cliffs at Blaenllechau in the Rhondda Fach valley.

Officers from the animal welfare charity were alerted after the sheep was spotted stranded on the steep cliff edge by concerned onlookers.

RSPCA Cymru enlisted the support of the firefighters from the Ebbw Vale and Barry Green Watch rescue teams, who deployed their rope rescue specialists and abseiled down the cliff face amid rescue efforts.

Fortunately, the sheep is now off the cliff rocks. The sheep’s eventful day took place on 25 January.

The animal welfare charity say the operation was a reminder as to the “notorious difficulty” of sheep rescues – but inspector Gemma Black is hugely relieved the incident had a happy ending for the sheep!

“We attended, and enlisted the support of the fantastic firefighters from the South Wales Fire & Rescue Service.

“The sheep proved a tricky customer – but we’re just relieved the sheep is now back on safe land.

“Sheep are very robust animals – thankfully she was unharmed after a hair-raising climb up the cliffs.

“Rescues of sheep like this are notoriously difficult – but we’re just glad the sheep ended up safe, well and off the cliff!” 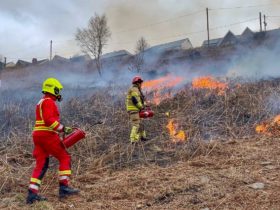 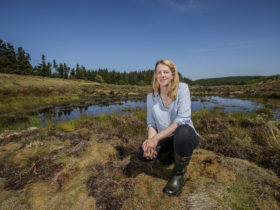