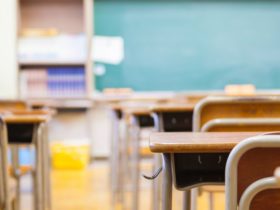 Preliminary plans for new engineering works on the world’s first preserved railway in Mid Wales have been described as “a once in a generation opportunity”.

Talyllyn Railway Company Board and Talyllyn Railway Preservation Society Council have both endorsed a working group report which recommends acquiring land adjacent to the railway on Tywyn Pendre Enterprise Park to build the new works.

Both organisations have stressed that the plans are at an early stage and that many challenges must be overcome to deliver the project.

Back on the existing Pendre site, where the locomotive running shed would remain, the report recommends the redevelopment of the existing facilities, built in the 1950s and ‘60s, on the north side of the line to provide additional carriage storage, modern mess facilities and office space.

The final part of the proposal would see the original 19th century workshop and locomotive shed building, along with the south carriage shed, restored and refurbished. A limited engineering facility would still be provided on site to deal with running repairs and a heritage engineering display created with access for passengers.

“This report is the culmination of several years of discussions about the provision of new engineering facilities. We are conscious of the historic nature of the current site, but its limitations mean that we cannot develop it in the way we would like.

“The acquisition of a new site would give us the opportunity to develop new facilities which will last us well into the future. However, it is important to stress that this is very much still at the concept stage at this time and there are many hurdles to overcome before we can produce definitive plans.”

“For anyone who visits our current works at Tywyn Pendre, the limitations of the site are all too clear and so the need to provide a new first class facility has been obvious for some time.

“This proposal would have far reaching benefits not only in terms of a new engineering facility but also it could free up space elsewhere on the railway to allow other plans to be developed.

“There will be many challenges, not least the raising of the necessary funds, but this has the potential to be a once in a generation opportunity to provide the facilities we need.”

Further details of the proposal are expected to be revealed at Talyllyn Railway Preservation Society’s annual meeting in September.