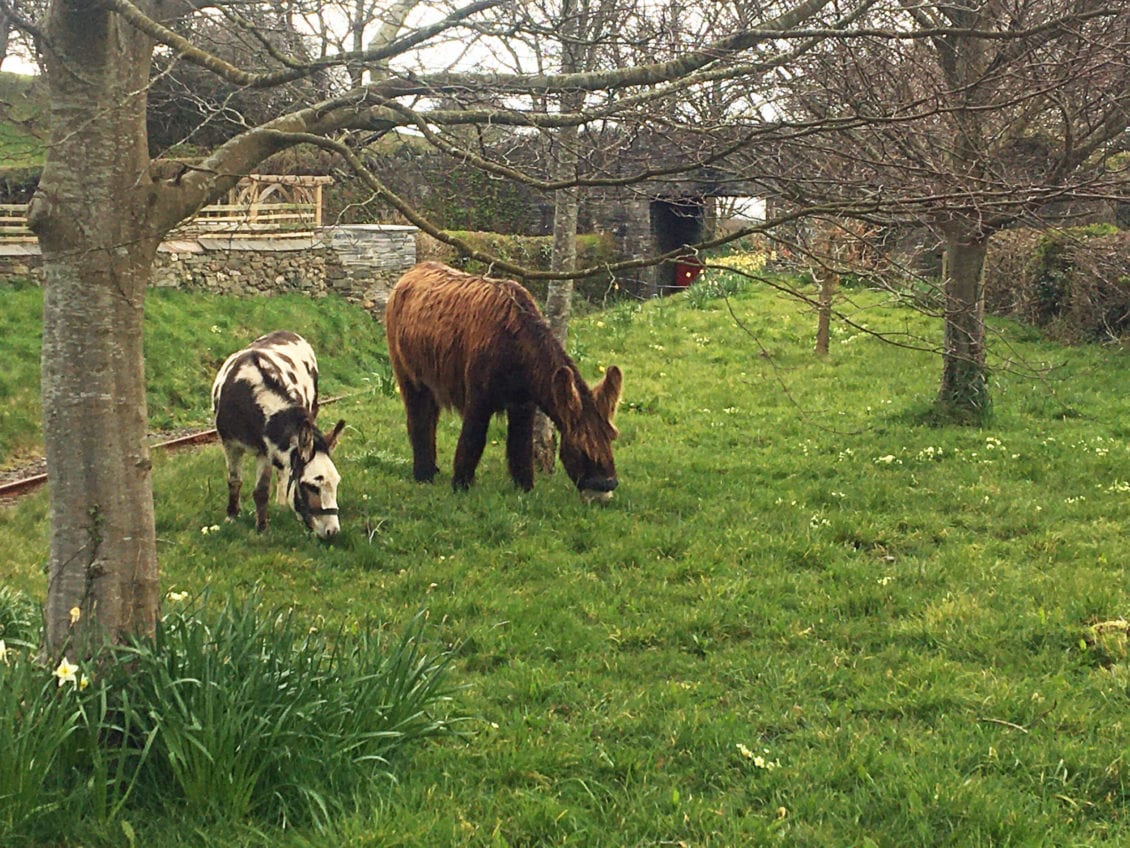 Hamish and Maude doing the donkey work at Talyllyn Railway

Heating rural homes in Wales with used cooking oil may be the most effective way of reducing their carbon emissions, according to industry experts.

The proposal has been put forward during the first ever Green GB Week (15-19 October), a government campaign calling for more action to reduce the impact of climate change, and shortly after the world’s leading climate scientists stated that urgent changes were needed within the next 12 years to avoid irreparable harm to the world.

Currently, there are 114,000 oil heated homes in Wales that are off the gas grid. OFTEC, the trade association for the oil heating industry, has reaffirmed its strategy* which outlines how these homes could switch to a renewable oil blend based on used cooking oils, fats and greases.

This green ‘biofuel’ could play a vital role in reducing carbon emissions and provide a long term, sustainable solution for heating homes not connected to gas. Plans are now underway to start real world testing of the new fuel.

“As part of Green GB Week we are all being encouraged to take steps to reduce our carbon emissions and the recent international report from climate change scientists highlights the urgency. One way we can do this is by looking at new ways of heating our homes.

“Here in Wales heating oil is very popular due to its low price and flexibility and, although it sounds strange, switching these homes to a biofuel, which blends kerosene with an oil derived from waste products, is a realistic, practical and cost-effective solution.

“Households would continue to enjoy the benefits of a liquid fuel, such as topping up when they want to and shopping around for the best price, whilst also drastically cutting their carbon emissions.”

So far other renewable heating technologies currently available for rural homes have seen limited take up due to high up-front costs as well as the significant disruption involved with installation which has put many households off making the move.

Malcolm added: “We all need to look at ways of reducing emissions, but we must ensure households don’t face unfair additional cost or disruption as a result. The most effective way of achieving this for oil-using households is ‘greening the fuel’, but continuing to use the existing boiler as, in most cases, fitting an alternative heating system requires significant cost and extensive changes to the home.

“For these households, switching to a biofuel would be relatively simple as it would use the existing tank and boiler infrastructure with only a few minor adjustments. To make an immediate impact, households can also look at upgrading their boiler to a modern, more efficient model to reduce their emissions and fuel bills.”