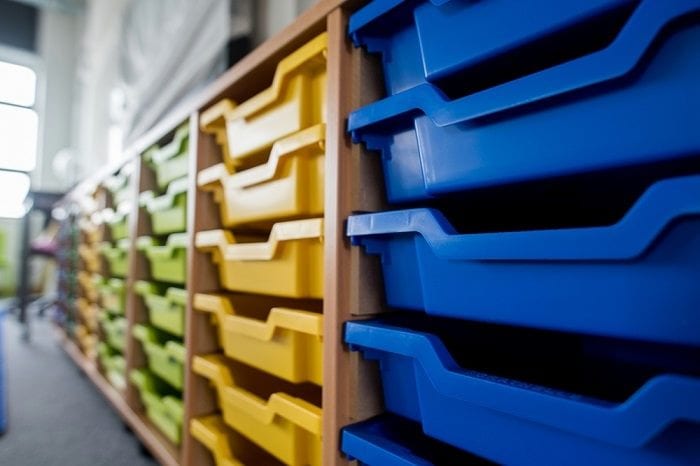 What you can expect today, if your child goes to school in Rhondda Cynon Taf

Two students and a recent graduate from the University of Wales Trinity Saint David are counting down to compete in the prestigious national finals of the WorldSkills UK Competitionsthat take place in Birmingham later this week.

As the only University in Wales to compete in the UK finals, UWTSD is delighted that current students George Searle and Paul Lawrence along with graduate, Lawrence Edwards – will be given the opportunity to compete against learners from all over the UK in front of over 70,000 visitors at WorldSkills UK LIVE.

George Searle and Paul Lawrence – students on the BSc Computing (Computer Networks and Cyber Security) course at UWTSD Swansea – have both reached the final of the Network Infrastructure Technician category and their lecturer, Dr Kapilan Radhakrishnan is extremely proud of what they’ve achieved.

“This is the first year for students from UWTSD’s School of Applied Computing to take part in WorldSkills and we’re extremely pleased that two of them have reached the final,” says Kapilan.   “During the heats, George and Paul took part in the Cisco Network Infrastructure Technician competition and although, at that point, they hadn’t completed the related modules as part of their course, they learnt independently and practiced a range of topics to prepare for the competition. Their efforts certainly paid off and I’m delighted that they’ve both made the finals of this prestigious competition.”

George is also pleased to have the opportunity to take part in the WorldSkills final:

“I am happy to have done so well and to have made the final,” says George. “The Network Infrastructure Technician regional heat was very challenging as the internationally recognised Cisco Certified Network Associate (CCNA) curriculum was tested. The competition was a great way to test practical computer networking skills under pressure and I’m now really looking forward to the final.”

Paul is looking forward to preparing for the competition as well as competing in the event. “I’m very excited and humbled to have made it into the finals.  I’m sure George and I will give it everything we’ve got and apply a lot more training with our lecturer, Dr Kaplian Radhakrishnan,within the coming weeks in preparation for this prestigious competition finals.”

Another competitor taking part in the WorldSkills UK finals with a link to UWTSD is recent graduate, Lawrence Edwards.  Having graduated this summer with a first-class degree in Sport and Exercise Science (Personal Training), Lawrence has reached the finals of the Fitness Trainer: Personal Trainer category after being put forward by UWTSD lecturer, Geraint Forster.

“It’s fantastic to see that Lawrence has qualified for the UK finals of the WorldSkills competition as a Fitness Trainer – this will help to act as a springboard to launch a successful career as a Personal Trainer,” says Geraint, Programme Director of the BSc Sport and Exercise Science.

“Lawrence arrived with us in UWTSD Carmarthen three years ago as a mature student who, by his own admission, had not really engaged with education when he was in school.By finding a topic that he was passionate about, Lawrence flourished, applying himself both academically and practically and graduating with a first-class honours degree. In particular, modules such as Advanced Training Methods where Lawrence was able to learn about and experiment with different training methods, and put these into practice with his clients, really brought the best out of him.”

Lawrence is excited at the prospect of competing in the WorldSkills competition and puts his success in the competition down to the experiences offered to him whilst studying at UWTSD.

“It’s great to be part of the competition and it’s an amazing opportunity to be recognised as a really good Personal Trainer,” says Lawrence.

“I went back to Uni as a mature student at the age of 26 and it was an amazing experience. I really applied myself – and with the brilliant support of my lecturers, I learnt so much about fitness. I’m now working as a full-time Personal Trainer and will approach the WorldSkills competition in the same way as I approach my work with clients – tailoring a programme based on their particular needs.”

Taking place from 15 – 17 November at the NEC in Birmingham, WorldSkills UK LIVE is the country’s largest experiential skills, apprenticeships and careers event.  The WorldSkills UK Competitions are run in over 60 skill areas and are proven to help people go further, faster in their training and chosen career.

Barry Liles, UWTSD’s Pro-Vice Chancellor for Skills and Lifelong Learning – who is also Skills Champion for Wales – is delighted to see the University’s students having the opportunity to compete on a national stage.

“The University is pleased to have three of its students qualify to compete at the UK Finals of the 2018 Worldskills competitions – the students’ success in being selected for the event will see them compete against the best in the UK and potentially qualify for selection to represent the UK at Worldskills International events,” says Barry Liles.

“With UWTSD being the only University in Wales to have students qualify for the UK finals, this is fantastic recognition for the University and its students. Our students benefit greatly from engaging in skills competitions and have to be at the top of their game, reflecting their development on their programmes of study at the University. Our programmes reflect the needs of employers and engagement in skills competitions is only one of a number of initiatives at the University to prepare our students for the world of work.”

A further twelve students from Coleg Sir Gar and Coleg Ceredigion – part of the UWTSD group – have also been selected to compete at the UK Finals.

If successful in the National Finals, the students could be invited to join the WorldSkills UK training programme for the international WorldSkills Competition where they could be selected to represent the UK in their chosen skill.