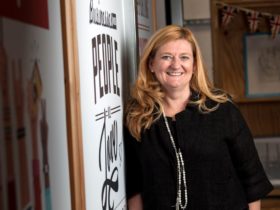 Welsh firms want the Chancellor to take action to create a better environment for skills and development in today’s Budget, according to new research from Lloyds Bank Commercial Banking.

Lloyds Bank asked Welsh firms what they would like the Chancellor to announce in his Budget to help their business. A focus on skills was the highest ranked priority for one in five (17 per cent) Welsh businesses.

Increased investment in transport infrastructure was the priority for 14 per cent, while a pledge for the UK to have the lowest corporation tax rate in the G7 was top of the wish list for 12 per cent of firms.

Four per cent of Welsh businesses said an increase in the Annual Investment Allowance cap for SMEs would help their business most.

Currently, the Government’s limit on the amount of business equipment firms can claim tax relief on is £200,000. Those surveyed by Lloyds Bank hoped to see this increased to £1m to encourage investment and small business growth.

Businesses in Wales also want to see a freeze or lowering of business rates – which are set by the National Assembly rather than the Chancellor – with 28 per cent of respondents stating that this would boost business.

“Welsh firms have put skills and recruitment high on their wish list for today’s Budget.

“Wales has a below-average rate of labour productivity which may explain the more pronounced desire for a stronger pipeline of skilled staff. It’s vital that firms can access to the talent they need to capitalise on expansion opportunities.”